The temple on the volcano and Salamanca

Already several days, I have not written a new post. Sorry I was really to busy and the internet connections were very very slow.

So after few days in Valencia, I went 3 days in the island of Tenerife.

A big contrast between the continental Spain and this Island on the trading road between Europe, Africa and South America since the 15th century.

This is the story of a community trying to save their masonic temple, because it is considered today as the last and the most beautiful temple of Spain.

It was inaugurated in 1902. In July 1936 the military rebellion which began the civil war and the Franco regime took place. That same day, rebel troops entered the temple and seized all assets and files. The Masonic Temple became a dependency of the Ministry of defence of the dictatorship. Restored the democracy in Spain he continued attached to the Ministry of defence. The building purchased by the city of Santa Cruz de Tenerife in the year 2001. Currently, building remains closed, although there is a plan of restoration and transformation.

This temple is special for all this reasons but also for a cave excavated directly under the building in the stone of the volcano.

Thanks to Javier Bonales this architectural heritage will become an incredible project for the futur. They just invented the temple of the 21 century ! A great new concept open to the public. An inspiration for the world. The website of the project : http://templomasonicotenerife.es/

The Councillor of the City of Santa Cruz Florentino de Guzman Plasencia Medina explain the involvement of the community of Santa cruz.

The architect Miguel Marquez Sarate explain his vision and all the discoveries he made about this building. 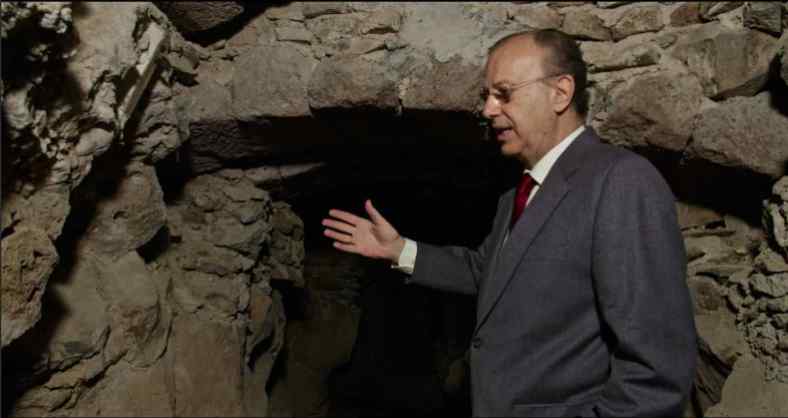 And today, for my last day in Spain, I went to Salamanca in the Centro Documental de la Memoria Historica.

Where we discovered with amazement a collection of 1 million data sheets about all the freemasons persecuted by Franco. Historian Maria José Turrion Garcia explains this system set up during almost 50 years;

Tomorrow, I will come home for few days and then I will leave for Africa for an amazing new masonic discovery.

I will want to especially thank Raymond who hosted  and helped me in Valencia and also Raquel who organized everithing during this very difficult filming. Indeed, the Spanish administration is quite complicated, masons are still being persecuted today in Spain, so  it took a long time to find testimonials. Raquel brought me a lot of interesting ideas and committed view of this dramatic period of the Masonic history. As in each country visited, it’s thanks to the help of these friends that I can understand and share this trip around the world in 80 lodges.

I also extend my thanks to Luis Pedro Bonales for its fantastic support and friendship as well as valuable advice and Bonales Ernesto Lopez for his precious help.